The Xbox controller is an excellent example of not fixing something that isn’t broken. Since the Xbox 360 cemented the preliminary design of Xbox controllers, the Xbox One and Series X | S controllers have been very similar. These controllers work back and forth on all consoles and even work perfectly on PC, making it a great all-purpose design that prioritizes convenience. 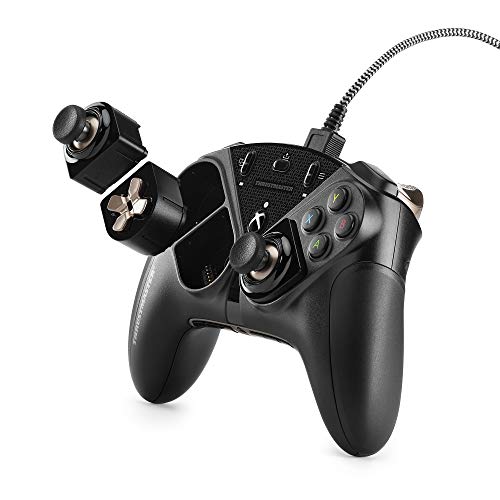 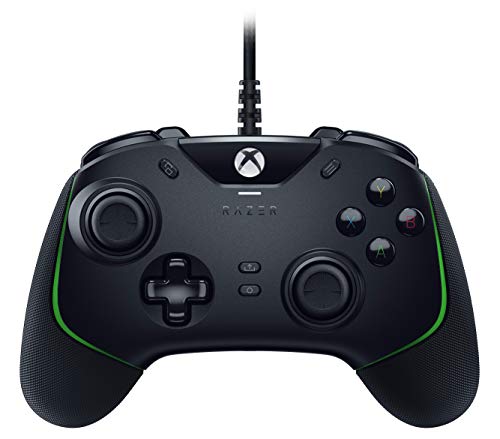 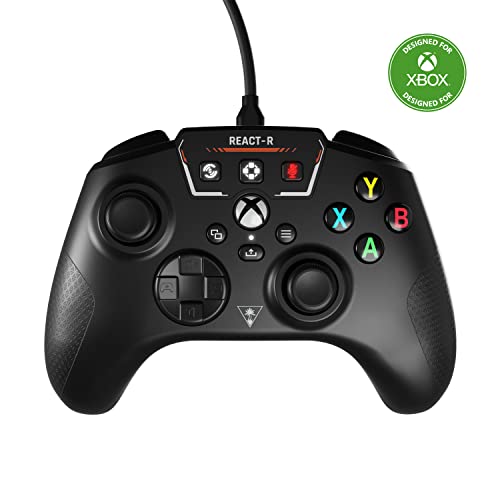 That said, every generation of controllers similarly eliminates room for innovation. They’re great for shooting games, and millions love the design, but with how Sony constantly adds new features – it does feel like something is missing.

Especially if you like Xbox consoles but were never a fan of the controller, you’re stuck with too much of the same for over a decade.

After all, your controller is the main gateway between you and the world displayed on your screen. So, it’s important to use something that helps you experience the right immersion. Fortunately, there is a solution to this problem. The modded Xbox Series X and S controllers cater to individual needs.

These modified controllers come with many refinements, such as extra mappable buttons, relocated analogs, interchangeable patterns, and other features that help you find the perfect Xbox controller. So, let’s look at the best modded Xbox Series X and S controllers right now!

Regarding the Xbox Series X and S controllers, you don’t have to worry about compatibility because they both work efficiently. So, as long as the controller you’re purchasing works with either Series X or S, you will buy the right product.

And it’s not just this generation either – Xbox Series X and S controllers work with the Xbox One too, and vice versa. Thus, the only things we have to consider are the features and usefulness of the controllers – and that’s what our recommendations are based on.

The Thrustmaster eSwap X Pro is one of the best modded Xbox Series X and S controllers on the market. First, it has a sturdy build that immediately feels better to hold than the original controller. Then we have the fantastic feature that allows you to swap the positions of the analog stick and D-Pad, which means you can use both the Xbox and PlayStation placement variations.

This allows you to change your ideal configuration, which helps you switch between different genres, such as fighting and FPS games. As for the usual features, we do have the ability to remap the buttons, and there are four extra buttons on the back, too, which allow you to add additional hotkeys to personalize your experience even further.

And last but not least, you can choose from several different colors too.

It’s certainly pricier than most Xbox Series X and S controllers, but it justifies its price with the insane number of features you’re receiving.

The Xbox Adaptive controller is a great initiative from Microsoft. The entire point of this controller is that it’s meant to be accessible, and that is achieved by a unique design that comes with a D-Pad, a bunch of buttons located on different sides that can be remapped, and two customizable pads which serve as whatever the player needs.

On top of this, it comes with USB-C, USB 2.0, and 3.5mm slots that help you attach additional buttons and headphones if you need any. Suppose you can ignore the odd visual design.

This controller is perfect for anyone looking for ultimate customization due to how much it offers and the fact that you can attach extra buttons. And if you need accessibility for any physical reason – you’ll find gaming much more convenient with this.

If you like sturdy controllers with clicky buttons, a great look, and responsive buttons – then the Razer Wolverine V2 is what you need. Every button on this controller is built beautifully and features tactile feedback, which is very satisfying to press.

The triggers click well, and you can customize the travel distance to what you prefer. Even just holding the controller feels great due to its grips.

The modded parts of this controller have every feature that you’d want. You can map all of the buttons, and there are additional keys to improve the total count.

On top of that, you can even save your profile settings to have a convenient experience when switching between genres. It costs around 100 dollars, but that’s a decent price for a reputable brand like Razer.

If you’re on a budget but still want an officially licensed modded Xbox Series X and S controller, then the Turtle Beach REACT-R is what you’re looking for. This brand has several other Xbox controllers too, but this one easily wins when it comes to a tremendous price-to-feature ratio. It comes with a decent design that has a good grip and comes with every button that you expect on a standard controller.

Then comes the customization, as it has extra buttons that you can map to your liking, and they are very satisfying to press. And on the front, there’s even a quick button to mute/unmute yourself in voice chat.

This is further complemented by the “Superhuman Hearing Sound Setting” technology that Turtle Beach offers, which helps you focus on specific sounds like footsteps to know when an enemy is approaching you.

This controller is far less customizable than the other options on this list, but it makes up for its fantastic price – which goes as low as $24.95 on sales.

So, if you’re looking for a suitable modded Xbox controller that offers a few extra buttons and mapping for a cheap price, then the Turtle Beach REACT-R is what you should buy. But if you want more options, then go for some of the costlier controllers that we’ve recommended.

Can I use an Xbox One controller on an Xbox Series X?

Yes, you can use an Xbox One controller on an Xbox Series X and S. They both use similar technology and frequencies for wireless connection. So you can comfortably use older controllers on new consoles, especially if you wish to play multiplayer but don’t want to buy an extra controller.

Can I use an Xbox Series X controller on an Xbox One?

Yes, you can use the Xbox Series X and S controllers on an Xbox One since they use the same technology for frequency and hardware. They will work perfectly fine with each other, and you won’t miss any notable features when using the Xbox controllers on a different generation.

Can I use custom controllers on Xbox Series X and S?

Yes, you can use custom controllers on Xbox Series X and S. They work perfectly fine, and many are officially licensed, which means that Microsoft supports them directly. It’s a great way to get customization and cheaper options.

That’s it for our guide on the best-modded controllers for Xbox Series X & S! We hope that you found the controller that is best suited to your preferences and needs. We’ve recommended something for everyone, so whether you enjoy adventure games, fighting games, first-person shooters, or any other genre – you’ll find something to your liking and gain the best immersion.

While you’re still here, do make sure to check out many of our other helpful gaming guides, too that will help you out with everyday gaming.